THE MAINE MINE CORE PROJECT 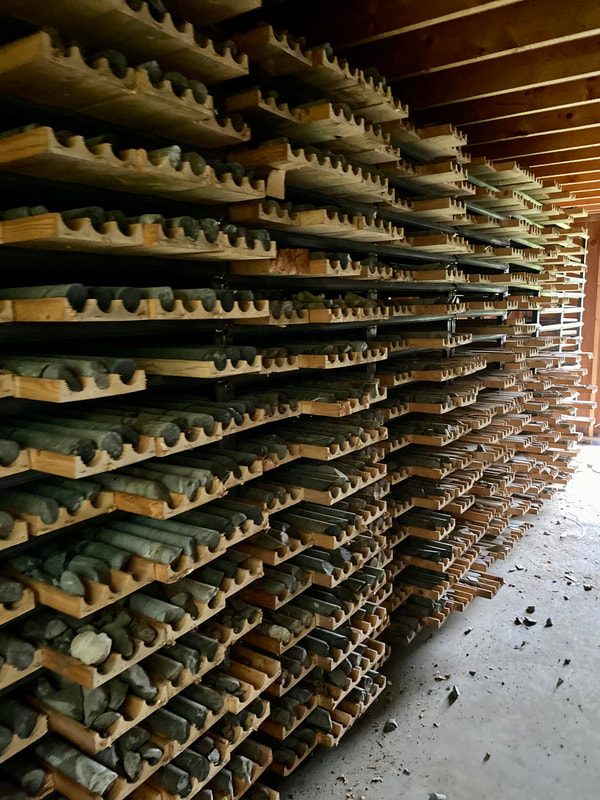 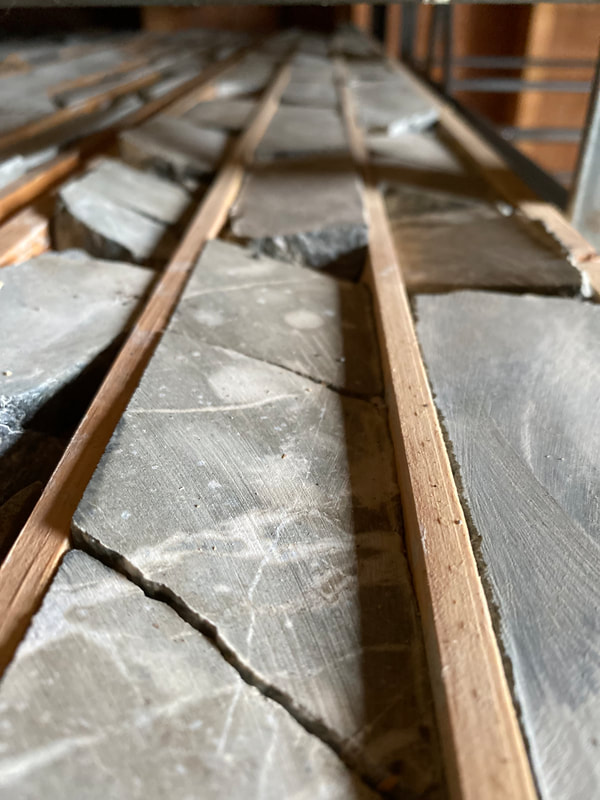 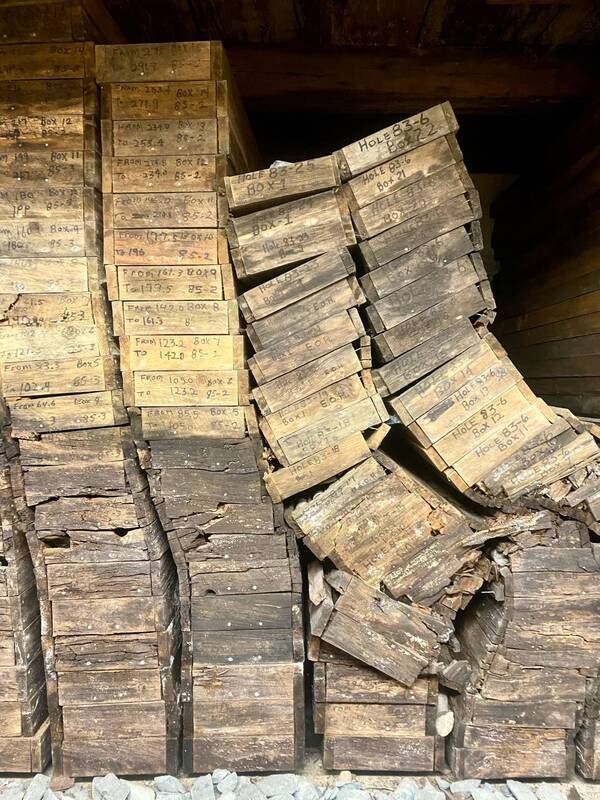 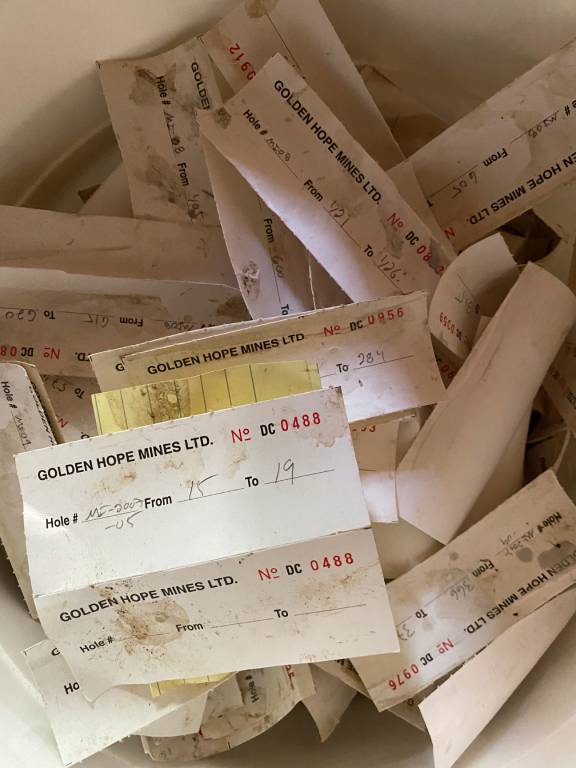 Mining is a game that threatens sustainability: humanity interrupts nature for a price. ​
At the junction of science, history, and art, Smithereen Farms/Greenhorns  in northern Maine invited me to create artworks using 20,000 rock core samples extracted from a local mine. The cores, claimed from Indigenous Passamaquoddy land, were taken 150 years ago by one mining company searching for polymetallic minerals like gold, silver, and copper. Part of gold rush fever. In the 1970s, Golden Hope Mines took additional samples and in 2021, Wolfden Resources initiated their operation at Big Hill. The mine is located at the heart of the aquifer that supplies safe water for five surrounding towns and two reservations. These communities, spearheaded by Smithereen Farms which legally owns the cores, are fighting the mining company to protect the environment and their economy through a campaign organization called Pembroke Clean Water. ​
The artworks are part of a two year travelling exhibit which explore themes of claim, permanence, and labor.
GoogleEarth timelapse of Pemboke, Maine and mine
At The Kreeger Museum, Mine All Mine features Void, a two dimensional drawing of the cavities of 324 extracted mine cores from that mine to represent the number of mines located across Maryland and DC. Maryland mines are rich in iron, gold, copper, and silica while Maine rocks contain a large amount of gold, silver, copper and lead. Junior mining companies, like Wolfden, extract cores to assess content and then try to sell the site to global mining companies for higher stock prices. Last year, Pembroke Clean Water employees were confronted numerous times by Wolfden representatives and changed their locks three times to prevent thefts of the cores.

In the Kreeger sculpture garden, Void II utilizes a circle shape inspired by Passamaquoddy labyrinths and a hand-dug hole to link the viewer to the land. Machines dig deep below the earth's surface to obtain the cores, yet dump gases and chemicals into the environment. Operations may last several years, but are often poorly monitored and devastate the local habitat and labor economy. In this case, acres and acres of timber have already been felled to make room for machines.

To learn more about mining and the cores, I met throughout the year with a team of geologists and earth scientists, including Dr. Edward Landa from the Department of Environmental Science and Technology at University of Maryland and others from the Urban Soils Institute.  I am indebted to Dwayne Tomah, Director of the Wabanacki Museum, for his time, teaching, and tour of the land.

Mine Core Artworks by Stephanie Garon
"Garon employs decaying natural artifacts primarily as symbols of humanity's fragility. But her contrasts of hard and soft intrigue the eye as well as the mind." -Mark Jenkins, The Washington Post
Copyright 2021 Stephanie Garon